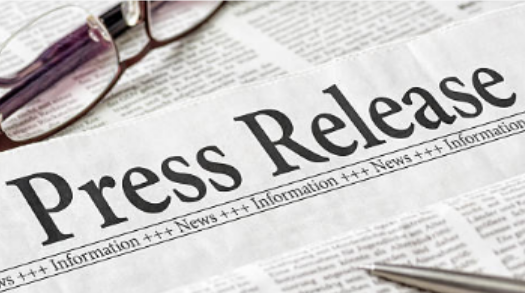 Since 2006, St. Vincent de Paul Charitable Pharmacy (SVDPCP) has been meeting the needs of the uninsured and underinsured in the Cincinnati area with the help of valued partner and generic pharmaceutical supplier, KeySource. The St. Vincent de Paul Charitable Pharmacy fills prescriptions at no charge for individuals in need throughout Hamilton, Butler, Warren and Clermont counties in Ohio. To date, the SVDPCP has filled more than 530,000 prescriptions, representing more than $70 million in value.

The St. Vincent de Paul Charitable Pharmacy is one of only three freestanding charitable pharmacies in the state of Ohio, according to the SVDPCP pharmacy's director and founder, Mike Espel, RPh. Uniquely, the charitable pharmacy is outcomes-based. "We are the only community pharmacy I know of that is outcomes-based," says Espel. The charitable pharmacy measures and documents patient outcomes and the impact that its prescriptions have on patients. The SVDPCP has intentionally tracked this data since 2014. "We wanted to know that people who came here and received medicine actually saw results ," Espel explains. "With this we can demonstrate to KeySource and other supporters that we are ensuring positive health outcomes with the medicines they are giving us."

Patients must qualify for the program every six months and the outcomes data is gathered from their first certification to the first re-certification.

"Pharmacy data shows that our patients demonstrate a 49% reduction in hospitalizations and a 40% reduction in ER visits," Espel shares. In addition, the patients' medication adherence rate—the number of patients filling their prescriptions on time and taking the medications as prescribed—is measured in medication possession ratio (MPR). SVDPCP’s MPR is 81%, which is considered excellent for normal population and is even more impressive for underserved patient populations, according to Espel. By comparison, Medicaid patients have a 71% MPR.

The statistics for patients with diabetes are even more impressive. "Approximately 56% of our patients are diabetic," says Espel. New patients have seen an average A1C reduction (which is the blood test used to measure blood sugar) of 1.3% within the first six months. "A one percent reduction translates to a 40% risk reduction for a cardiovascular event," Espel adds.

The Charitable Pharmacy's services have also helped reduce tobacco use. "In 2014, 37% of our patients were smokers, which is disproportionately high compared to national statistics," he says. "Those numbers are down to 24% now."

Focus on the right care and its savings

The Charitable Pharmacy also focuses on cost avoidance, or helping patients avoid medication costs that may not be necessary, Espel explains. When patients start working with the charitable pharmacy program, they receive both a review of current medications and a health screening to check blood sugar, blood pressure and A1C for diabetic patients.

Many patients have complex drug regimens with medications from multiple providers or from multiple emergency rooms, according to Espel. Pharmacy staff assesses medications the patient is currently taking to see if a more streamlined or effective therapeutic approach is possible. "We develop a care plan and contact the patient's doctor for the drug interventions to be approved," Espel says, adding that more than 65% of the charitable pharmacy's new medication care plans are approved. Those changes are recorded, and cost savings are identified, when applicable. After a care plan has been developed, the charitable pharmacy rotation students follow up every two weeks to ensure the individual is following the plan.

The charitable pharmacy's estimated cost avoidance to the local healthcare community has exceeded $16 million since 2014 according to Espel.

To help, the SVDPCP has created emergency vouchers that circumvent their normal certification process for individuals recently released from the hospital. After a major health event, such as a heart attack, many simply cannot afford the number of medications they are prescribed, according to Espel. As a result, these patients often simply return home without the needed medications, which can frequently lead to re-hospitalized later from the same health problem. "We give them one-time assistance, get them into our system, and have them come back for the full certification process when they are able," he explains. As a result, from 2017 to 2019, Espel says their records show the charitable pharmacy has saved area hospitals an estimated $32.2 million in costs related to readmission. 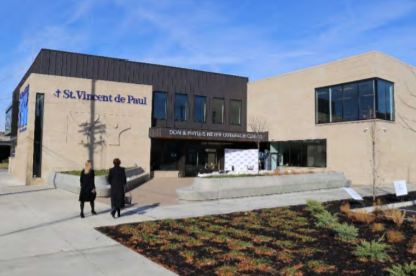 In addition to donations, KeySource recognizes the need for volunteers and sharing intellectual expertise. KeySource leadership gives of its time to this worthwhile organization. Previous KeySource leaders have served on the charitable pharmacy's 22-member Board and currently KeySource COO Todd Szewc serves as President of the Board. The Board also includes as diverse group of healthcare, legal, business leaders and representatives from each of the area's hospital systems.

The Charitable Pharmacy thrives with innovation, making a partnership with KeySource ideal

The Charitable Pharmacy's new expanded space is located across the street from their original location in the Neyer Outreach Center and has more than doubled in size. The location has enabled the charitable pharmacy to expand the services they offer to the community. Although the pandemic caused the organization to close the building temporarily beginning in March of 2020, SVDPCP was able to pivot and dispense medications to patients using a new curbside model. Certifications and health screenings were done by phone. During this time, patients did not have access to primary care partners for underserved people so through a grant from the Greater Cincinnati Foundation, SVDPCP hired a nurse practitioner to conduct telehealth appointments. SVDPCP saw 86 new patients in March 2020 compared to an average of 33 seen per month for the previous five months of the fiscal year. Another 82 were seen in April, 53 in May, and 72 in June. During the same time period, prescriptions were up 21% in March compared to 2019. Espel says SVDPCP has many more new patients and is filling a lot more prescriptions due to COVID-19.

In addition to donations from leaders, such as KeySource, Espel attributes the charitable pharmacy's success to their number of volunteers, many of whom are members of the community and pharmacy students. The Charitable Pharmacy works with approximately 70 students a year from several pharmacy schools in the region to provide advanced practice rotations that train future pharmacists in their last year of college. They serve in numerous roles, from doing complete medication reviews (CMRs), following up with patients, working in the dispensary and helping with donated inventory. Prior to the temporary closing of the SVDP building in March 2020 due to the pandemic, other volunteers from the community also assisted on site. Pharmacy colleges have been able to send pharmacy students to SVDPCP to help with many of the volunteer roles while completing their Advanced Pharmacy Practice Experience (APPE) rotations.

Services into the Future

Even as program initiatives expand, medication procurement continues to remain job one for the program, due to the high cost of medication. Espel looks to KeySource as a foundation of the

charitable pharmacy's success. "KeySource is a lifelong partner for us," Espel explains. "And much of what we offer now has been possible through their extreme generosity. Their long-term commitment has stabilized our donated inventory and allowed expansion of our services to more underserved patients."

KeySource echoes Espel’s sentiments. Says Szewc, “Partnering with St. Vincent de Paul Charitable Pharmacy is a natural extension of what we do, and that is to help pharmacists help their patients. It is our privilege to be part of a program with such positive impact. We look forward to what our partnership can accomplish in the future." 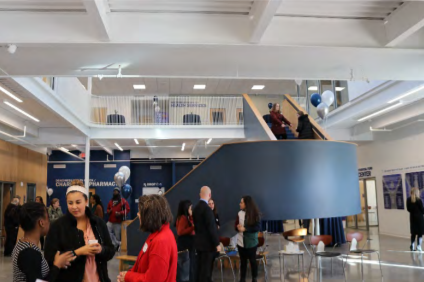 KeySource supplies the generic pharmaceutical needs of end-user pharmacies across the United States. Our professionally trained and knowledgeable sales force is focused on serving the interests of our customers, building relationships, emphasizing the highest level of service, integrity and value.