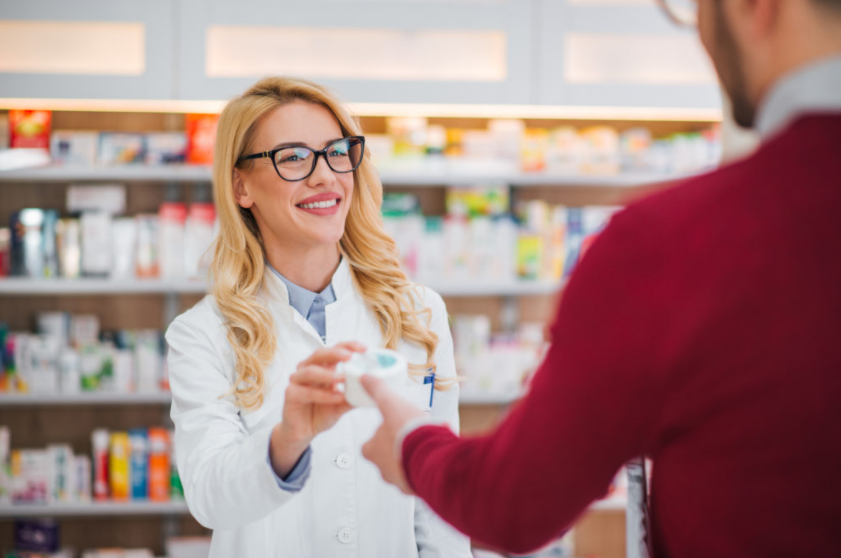 Today, we don’t think twice about walking into a pharmacy to pick up a prescription or some over-the-counter medication, but pharmacies have a long and interesting history that dates as far back as 2100 B.C. Here are 10 pharmacy trivia facts you probably didn’t know.

Most people think that Rx is derived from the Latin word “recipe”, meaning “take”, but another interesting theory suggests that it evolved from the Eye of Horus, an Egyptian symbol believed to have healing powers. Pharmacies and drugstores have been around for a long time. The world’s oldest prescriptions were etched into tablets around 2100 B.C. and Baghdad was home to some of the earliest drugstores, dating as far back as the eighth century.

2. Pharmacy was separated from medicine way back in 1240 A.D.

Today, pharmacy and medicine are seen as two distinct specialties, largely as a result of an edict presented by Frederick II of Hohenstaufen in 1240 A.D. Frederick II was Emperor of Germany and King of Sicily. This completely separated the responsibilities of doctors and pharmacists and put professional regulations in place.

3. The first drug reference book in England was created in 1618.

The book, Pharmacopoeia londinensis, was backed by King James I and allowed the Royal College of Physicians to create a master list of all known medications, their indications for use, and their effects. Only drugs that appeared on the list were about to be produced or sold. Their motivation behind creating this book? Gain control over apothecary shops in London by limiting what they could sell. Nine editions were ultimately published until the British Pharmacopoeia was published in 1864. This new volume combined the London, Dublin, and Edinburgh pharmacopeias.

4. The first hospital pharmacy in America opened in 1752.

The Pennsylvania Hospital was founded in 1751 in Philadelphia which at that time was the fastest growing city in the colonies. It primarily took care of the poor and homeless suffering from physical and mental illnesses. Benjamin Franklin himself played a key role in bringing the vision for this hospital to life, and is reported to have said, “I do not remember any of my political maneuvers, the success of which gave me at the time more pleasure.”

5. Coca-Cola was invented by a pharmacist.

In 1886, pharmacist John S. Pemberton created Coca-Cola as a treatment for most common ailments. His bookkeeper, Frank Robinson, names the drink and writes it down in the loopy, flowing handwriting that became known as the brand’s logo. The drink was based on cocaine from the coca leaf and caffeinated extracts from a kola nut – hence the name, Coca-Cola. The cocaine was removed from the recipes in 1903. Pemberton sold his syrup to Atlanta soda fountains, and the rest is history.

Myalept, a drug meant to treat a rare orphan disease, costs $71,306. It is used to treat a very rare condition called generalized lipodystrophy in which abnormal fat is distributed throughout the body. Myalept is the only drug available to treat this disease. People with the condition self-administer the drug once a day, using about 14 vials a month. Each vial costs about $5,000.

7. Listerine is named after Joseph Lister who promoted using antiseptics at hospitals.

Listerine was invented by Dr. Joseph Lawrence who chose to name his work after someone who inspired him. Joseph Lister was an English doctor and surgeon who believed in the concept of using sterilization and antiseptics in the operating room. Because of this practice, more patients survived surgeries and countless infections were prevented. Lawrence took this idea and used it to create a product that could kill germs in your mouth the same way.

8. Dr. Pepper was invented by a pharmacist in Waco, Texas.

Dr. Pepper originated at Morrison’s Old Corner Drug Store. It was invented by a young pharmacist named Charles Alderton who sought out to create a syrup that smelled like a drugstore. Alderton loved the way the scents of the syrups at the soda fountain mixed together and wafter through the air and captured that scent in a drink. He tried different combinations of syrup, keeping a journal of his experiments until he landed on a combination that was just right.

9. The first commercial drug was mass-produced in 1883.

The Industrial Revolution brought the technology necessary for mass-producing the first commercial drug, antipyrine. It was sold to customers in a dosed pre-packaged form. Most pharmacists still custom made a lot of medications from raw ingredients to suit individual patients, but the technology continued to advance. Tablets and enteric-coated tablets were introduced in 1884, and the gelatin capsule was first mass-produced in 1875. By the 1900s, most pharmacies stocked their shelves with prefabricated medications.

Louisiana was the first star to require pharmacists to be licensed. A French immigrant named Louis Dufilho, Jr. became the first licensed pharmacist in the county in 1816. He opened his own pharmacy in 1823 in New Orleans, where he offered traditional medications as well as Voodoo remedies, opium, leeches, and a soda fountain.

10. Agatha Christie was a pharmacy technician and used her experiences as inspiration for her mysteries.

Agatha Christie was not a formally trained pharmacologist, but she learned a lot about medicine as a volunteer nurse during World War I and again in World War II. She trained on the job and passed an exam to become today’s equivalent of an assistant pharmacist during the first World War. Poison was the weapon of choice in many of her books, and her experience tending to soldiers and witnessing countless worst-case scenarios gave her a lot to draw from in her writing career.

If you’re looking to find an inspiring pharmacy job of your own, take a look at the job openings we have to offer through the button below.

Soliant Health is one of the largest pharmacy staffing companies in the country. Equally focused on travel, per diem, and permanent placement, Soliant offers a complete pharmacy staffing solution across an unparalleled spectrum of specialties and assignment lengths