Inspecting vials, filling syringes or ampoules and testing cell cultures – these are fairly typical tasks for the highly automated systems developed and built by Ciseo at its factory in Naninne near Namur (Belgium). The company specializes in supplying the pharmaceutical industry with automation solutions.

One such project undertaken by Ciseo has recently reached completion. The challenge here was the handling of syringes before and after filling – and all at high speed, as the filling line is designed for 600 units per minute.

The automated system developed by Ciseo actually consists of two separate cells. The first receives plastic containers, each of which contains a tray with 100 empty syringes. One of two Stäubli TX60L robots picks up the tray with a vacuum gripper and places it on a feed point. From there it is approached by a second Stäubli TX60L which lifts the 100 syringes out of the tray in one single movement. The robot then places the syringes in batches of ten on a linear conveyor that leads to the filling station.

After being filled with vaccine, the syringes are fed in reverse order on a linear conveyor to the second cell. The two robots here work in parallel, each taking ten filled syringes at a time and placing them in the tray. Image processing is used to inspect the individual syringes for integrity.

The Stäubli robots are cleanroom compatible up to Class 5 (as defined by ISO 14644-1) and achieve very short cycle times with a repeat accuracy of 0.03 mm.

Thanks to their hygienic design, the Stäubli robots are ideal for pharmaceutical applications. Contributory factors are the enclosed casing, the internal cabling, the internal supply lines and the location of all connectors underneath the robot pedestal.

Also, specifically important for this application was the ultra-compact design of the robots and their high speed. All of these outstanding set of characteristics, coupled with end users seeking to equip their factories with robots from a single provider, are what make Stäubli robots in such high demand for the pharmaceutical market. Additional specifications include format changes in ten minutes maximum, damage-free handling of the syringes and a certain degree of flexibility in the system, which is ensured by buffer zones. The programming of the system was also done in-house and many hardware components were manufactured on-site. This enabled their own employees to do the mechanical processing by themselves, helping to save time. 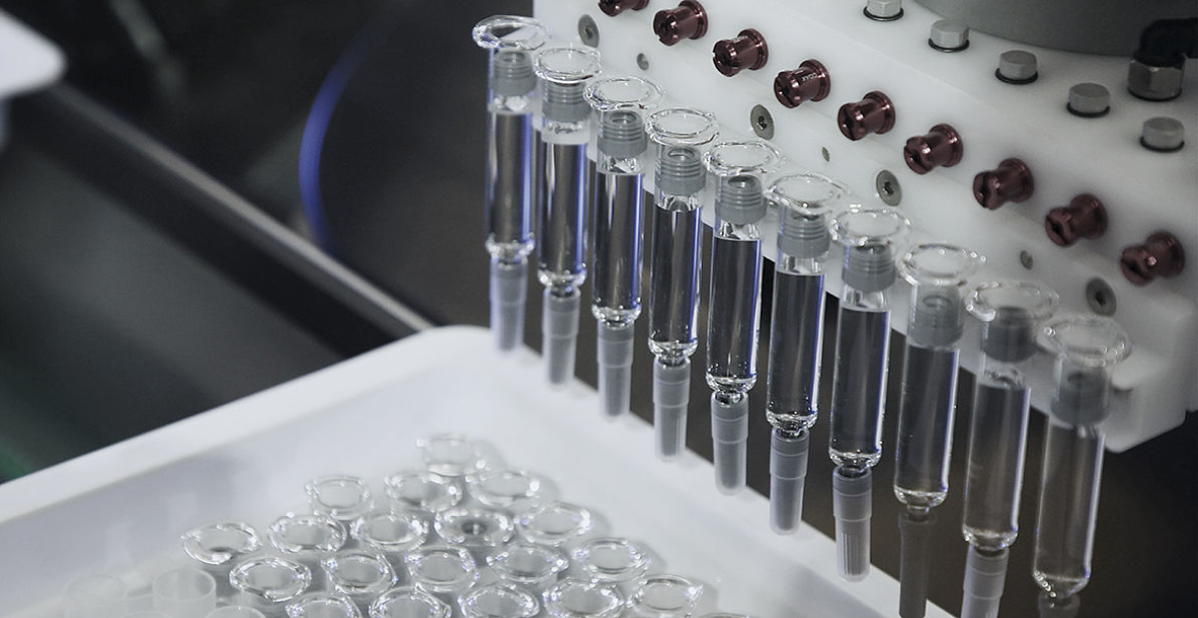 The gripper removes 100 syringes from the tray and separates them into rows of ten on a conveyor system. 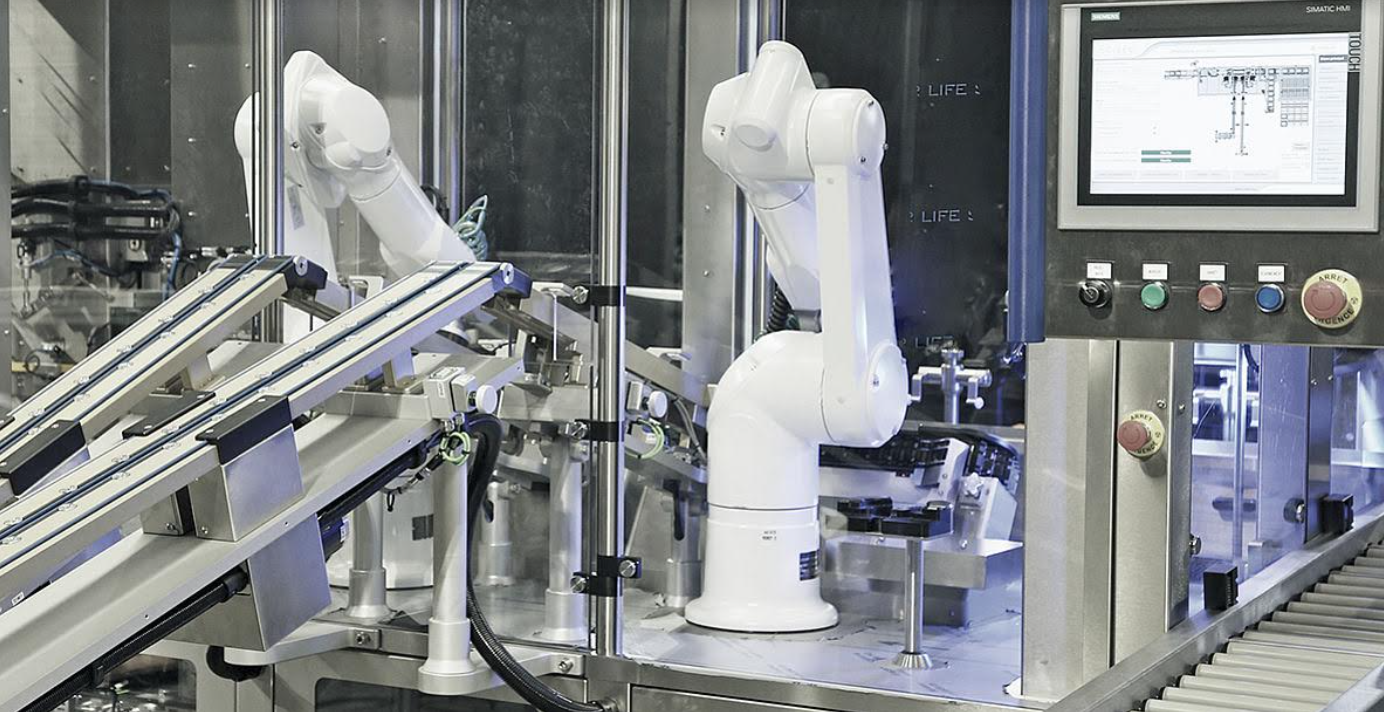 Two Stäubli six-axis robots separate out the empty syringes and group the filled ones at a cycle rate of 600 units per minute.