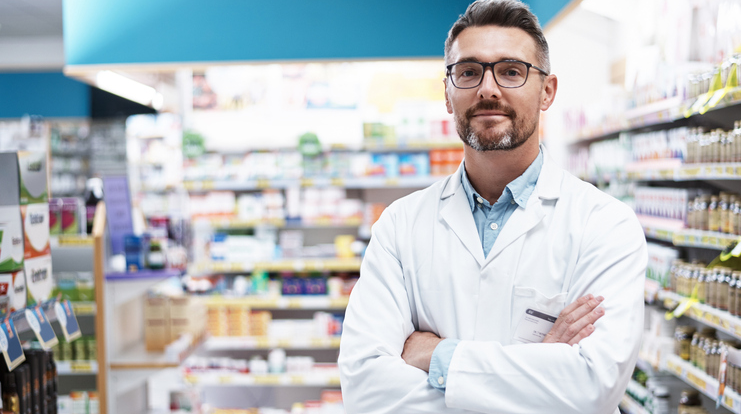 It’s Time for a New SCRIPT. Are You Ready?

All systems are go for the new e-prescribing standard. New SCRIPT 2017071, which replaces current version 10.6, is effective on January 1, 2020. Getting the standard to the point of release was a huge undertaking. That indicates there are solid reasons behind it, so read on for details.

If you receive and transmit electronic prescriptions, you’re probably aware that they conform to a standard set by the National Council for Prescription Drug Programs (NCPDP). Just for context, other NCPDP standards include HIPAA, HITECH, and Meaningful Use. Our work with Surescripts as an early adopter for the standard, more than a year before the deadline, involved intense preparation to make this an easy transition for our system users.

So start getting excited about the new SCRIPT standard! The industry worked to identify areas in pharmacy workflow that could be automated electronically to remove many of the old time-consuming paper or manual processes. The SCRIPT standard changes will also mean better patient care – here’s how:

The changes specified by new SCRIPT Standard 2017071 include expansion of data fields and addition of new message types. Hundreds of new fields will let prescribers pass along information that could be important to a specific e-prescription and to that patient’s health.

For example, the field for Sig Directions has increased roughly 10 times to 1,000 characters. Until now, other information, such as patient allergies, has not been included in e-prescriptions and was left to pharmacies to collect and reference on patient profiles when filling prescriptions. The new and longer information fields mean you don’t have to interpret prescribers’ intent because they can be much more specific. With the new standard, more information can be included on the e-prescription when it is sent to you.

The expansion of fields and addition of new message types also allows you to change, cancel, or request an e-script electronically – which only makes sense, right? If information you need to accurately dispense a medication isn’t included in the original prescription, you’ll also be able to request clarification electronically.

Pharmacists accustomed to calling prescriber offices in these situations – and accustomed to waiting for a call back after they run down the answer – will appreciate the new convenience. Even if the current process only takes a few minutes, time is money, and phone tag burns it up when you’re playing multiple times a day. The new standard should get you back into the workflow faster.

The ability to mark some prescriptions as time-sensitive can expedite the filling process and keep particular patients from waiting. One of the SCRIPT standard’s new fields, an urgency indicator, does just that. Prioritized e-prescriptions display at the top of the queue, letting your staff know they should be filled ahead of others. The urgency indicator benefits LTC pharmacies, too – for example, if a patient is discharged from a facility, the local community pharmacy can be alerted that the patient in on his or her way so that medications can be prepared.

For SharpRx pharmacies, Service Pack 19.11 will be released the week of December 9, 2019. After that time, you will receive a call from QS/1 Client Services to make the switch to the new SCRIPT Standard so your pharmacy will be compliant on January 1, 2020.

For NRx customers, we will soon announce a push to download and install Service Pack 19.1.30 so you can use it for several weeks and get accustomed to the new features. Upgrading to the latest release well before the mandated deadline will help ensure your pharmacy is not busy and will have time to properly install it.

We will continue to provide updates and information on new SCRIPT Standard version 2017071 as the January 1 deadline approaches.